How to Destroy a Pension Fund in 22 Easy Steps

With that as background, let’s go through How to Build and Destroy a Pension Fund System in 22 Easy Steps: 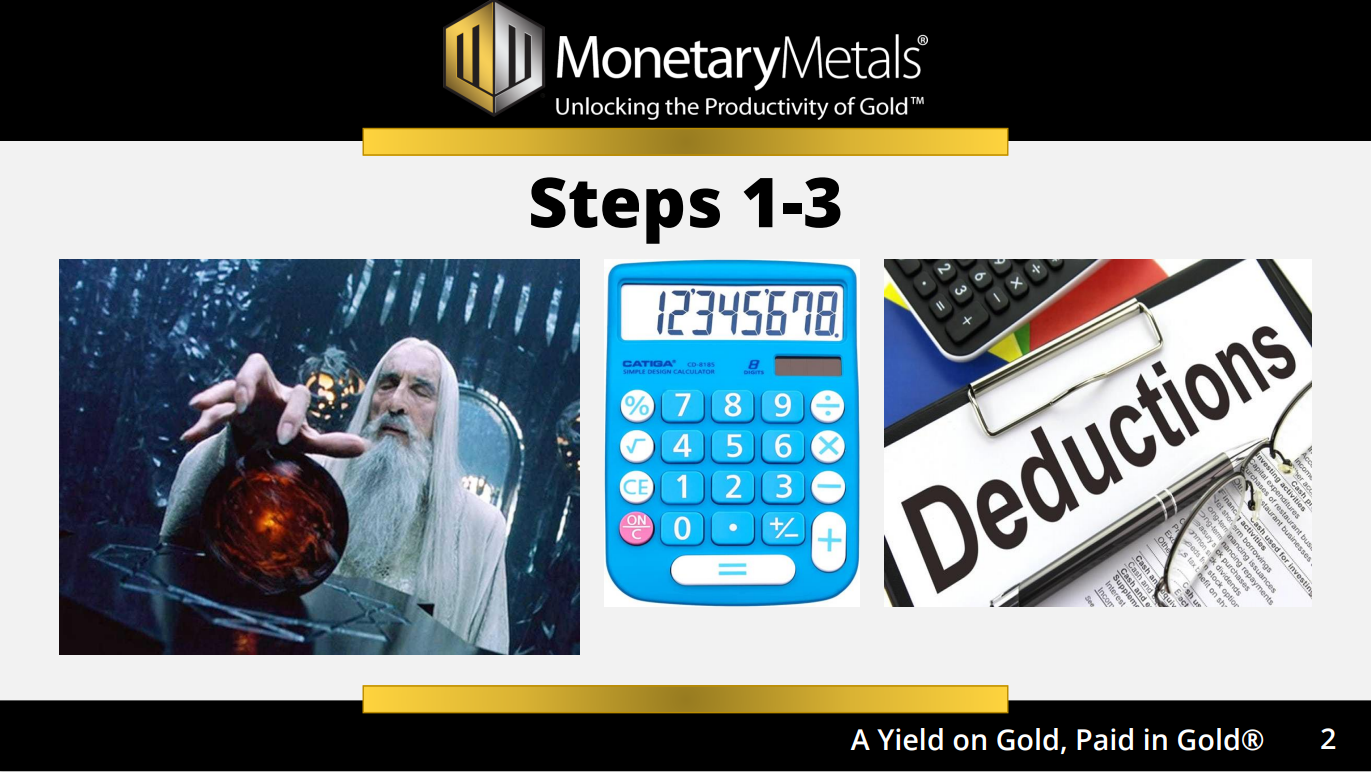 As a pension fund you must guess what the rate of return will be 20, 30, 40 and even 50 years from now. Super easy to do, no real issues here (tongue planted firmly in cheek).

Step 2: Calculate the Amount of Capital to Deduct from Paychecks

Once you have your rate of return, you calculate how much to deduct from everybody’s paycheck in order to fund the pension. Given you already know the future rate of return on capital, this part is pretty easy too.

Step 3: Make Promises to your Pensioners

Don’t forget this step! You have to promise the pensioners something for what you’re taking out of their paycheck every period. This is where you do that. Make sure everyone knows that they are guaranteed to get a certain amount once they retire. Since you can be absolutely sure of Steps 1 and 2, this part is rock solid.

What about the volatile interest rate you say? Oh well that may pose a bit of a challenge, but nothing you can’t overcome! Let’s carry on. 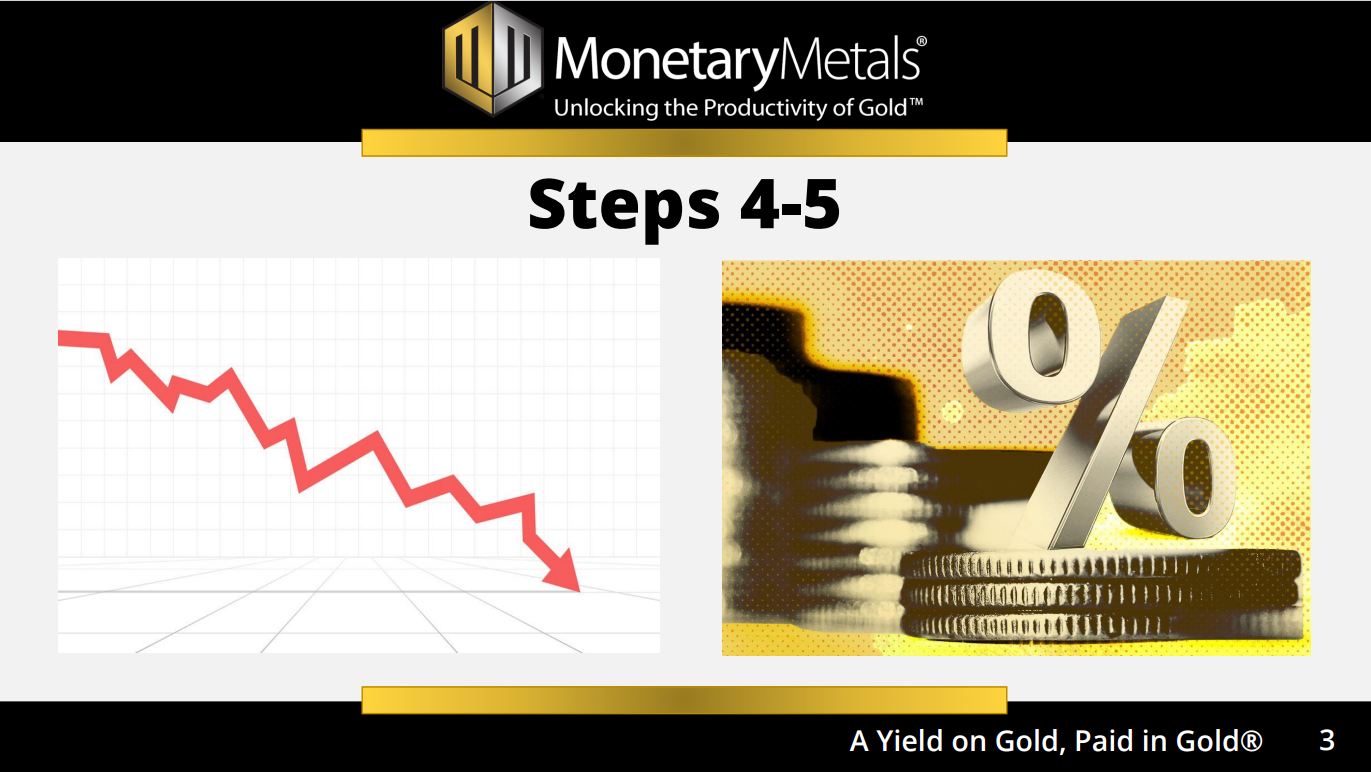 You are running into your first major issue. That challenge you mentioned in Step 3 is rearing its ugly head. Interest rates have been in steady decline for the past 40 years, with minor upward hiccups along the way, like the one we are in currently. Obviously if interest rates were stable this would not be an issue. But falling interest rates are a necessity in today’s centrally planned banked world and a falling interest rate means your return on capital is also falling.

With falling rates, the return on capital falls. So, all that capital you worked so hard to acquire is not enough. You calculated your rate of return based on a certain interest rate which is now a thing of the past. 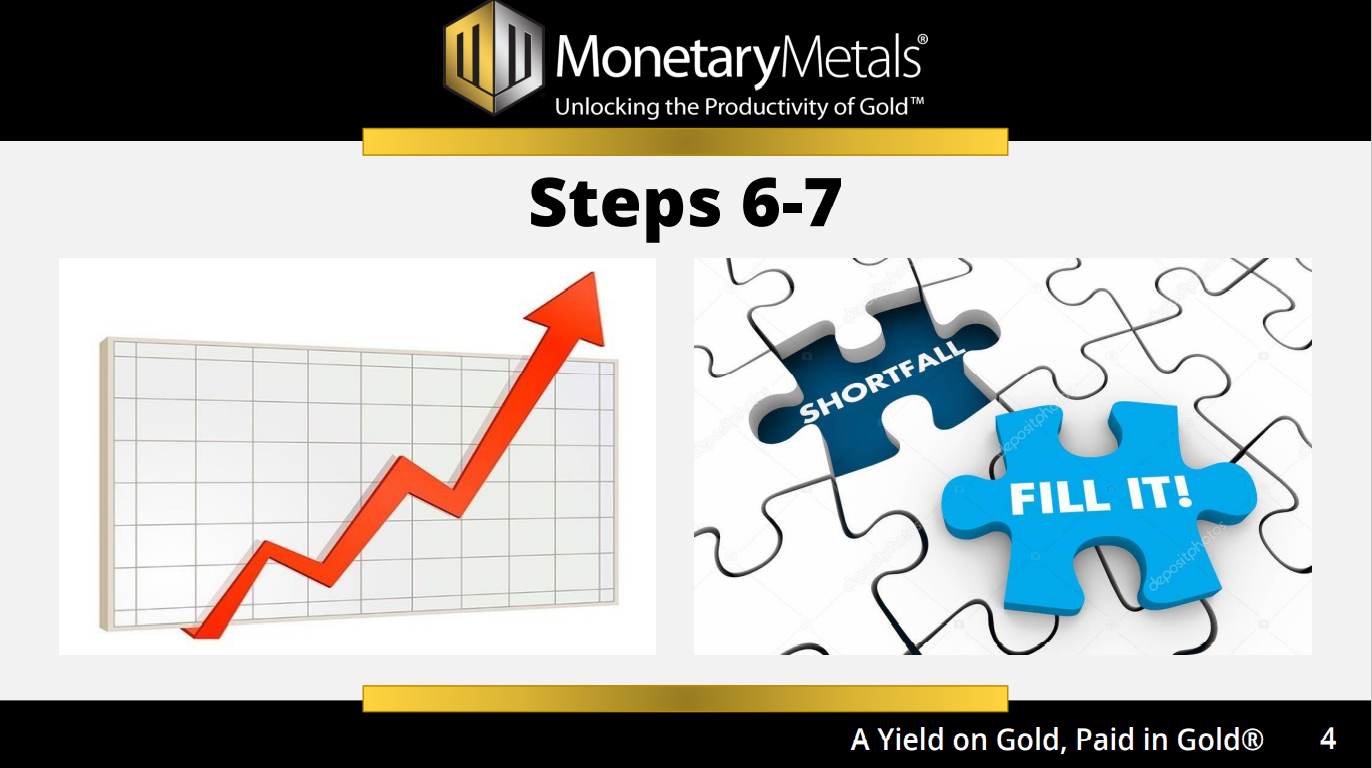 Step: 6 Realize you have a Capital Shortfall

Because your realized rate of return on capital is less than what you planned for to be able to pay your pensioners, you have a capital shortfall. And this isn’t a shortfall that is going away any time soon. You need to fix that gaping hole in your portfolio, and you need to fix it now. Remember, you have a promise to pay the pensioners who funded your system.

Since it looks like that capital shortfall is here to stay, it is time to start hunting for capital anywhere you can find it. And that means you may have to go to great lengths to keep your portfolio looking solid and continue sending those pension checks in their promised amounts, on time.

You essentially have two options, try to find more capital (because the rate of return on capital is lower) or try to find a higher return for your existing capital (which typically involves more risk).

Let the search for capital begin. 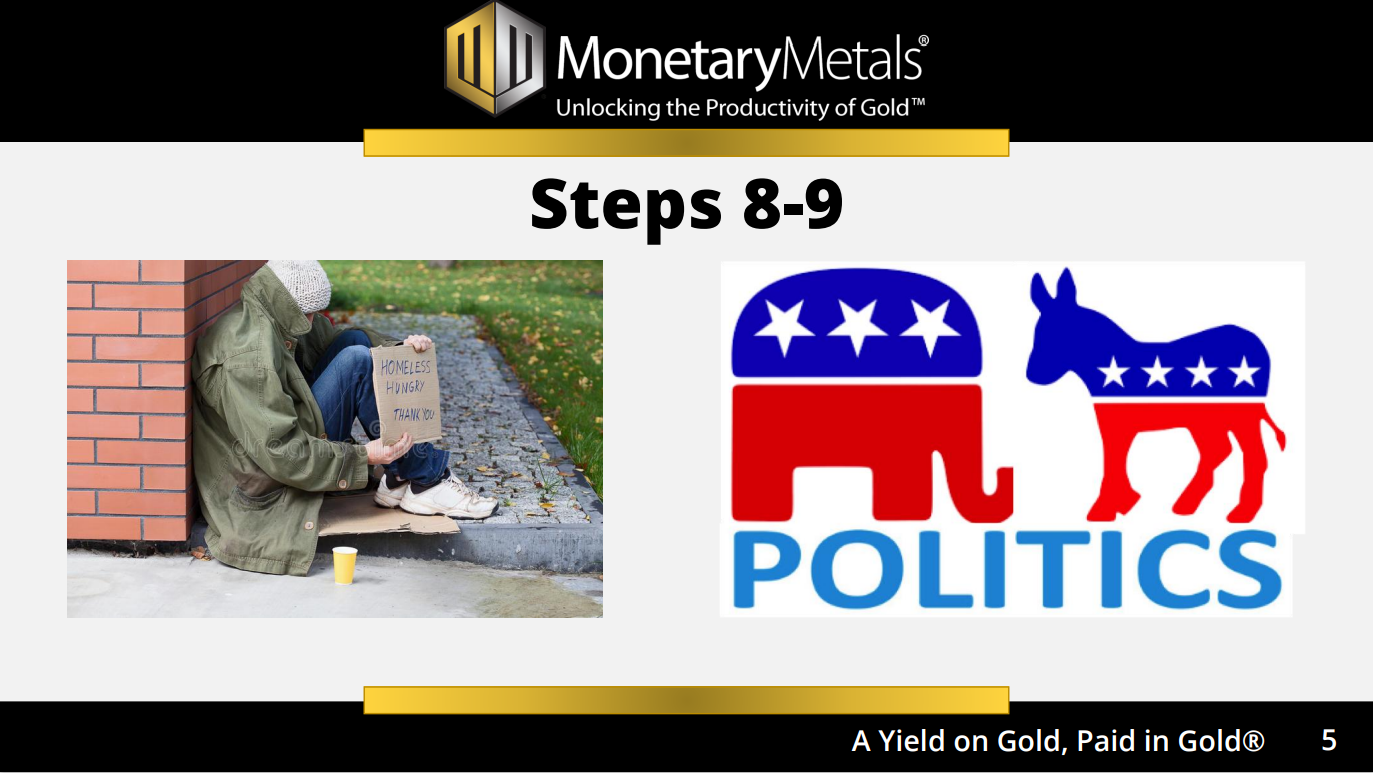 You might start by asking the pension fund sponsor to help with your capital shortfall. “Can we please have more money?” is a great line, feel free to use it. In general, begging for more money does wonders for currying favor and helping people love and respect you.

Don’t forget the political cards in your hand! Sometimes this isn’t an option, but when it is, you should absolutely make it political. It’s an incontrovertible fact that the other political party got you into this mess, and with just a little more money from the correct political party, you should be able to get out of it, and drive a lot of votes too. 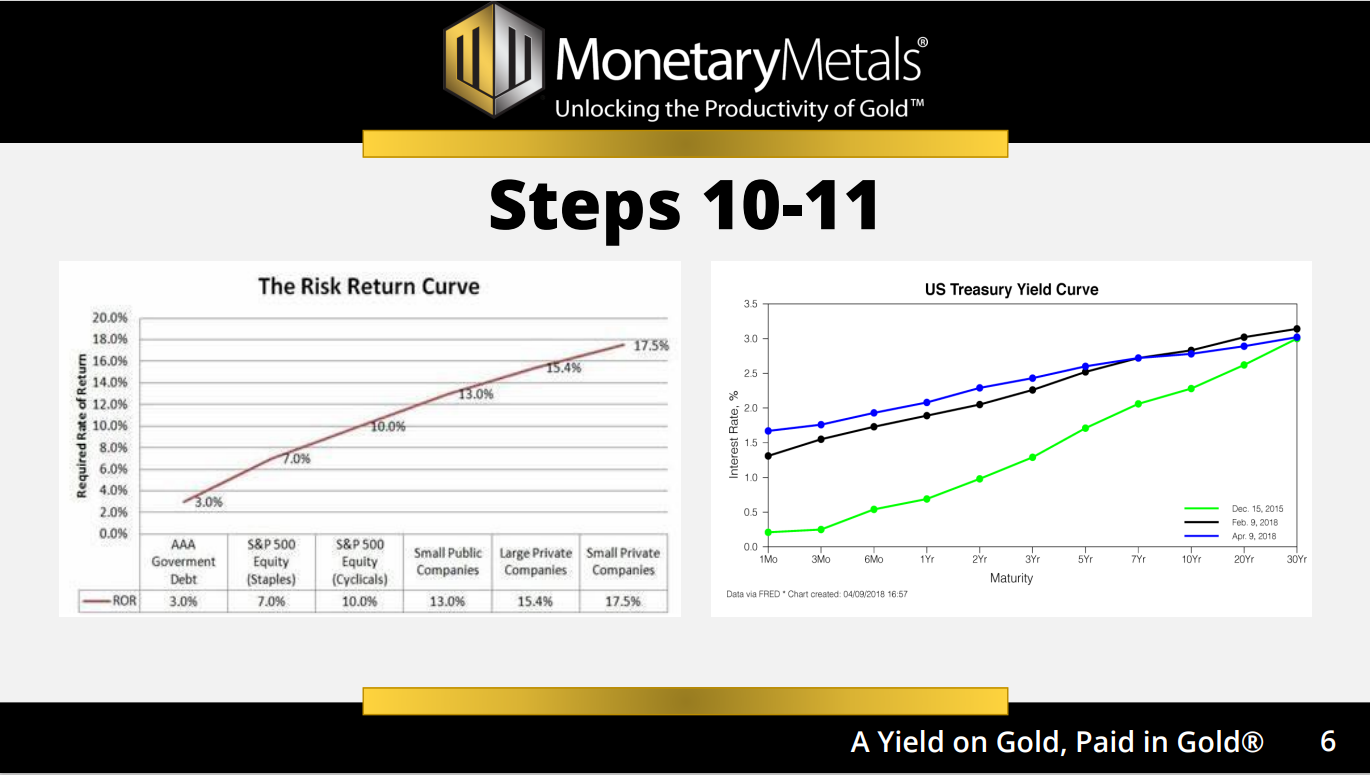 Step 10: Take a Walk on the Risky Side

If you weren’t able to get your capital in Steps 8 and 9, then you’re ready for Step 10. Thankfully, there’s always a way to get higher returns. It’s just that it comes with higher risks, but hey, who’s really checking? Besides, everybody’s doing it, which means it can’t be that risky.

Step 11: Try the Far Side of the Yield Curve

As a pension fund you may already own Treasuries as a part of your portfolio. But do you own the type of Treasuries that offer the right yields to make up that capital deficit you have? Allow me to introduce you to the long end of the curve.

The short end offers smaller returns, but the longer end offers higher rates. (Please keep in mind that with an inverted yield curve this could not be true.) 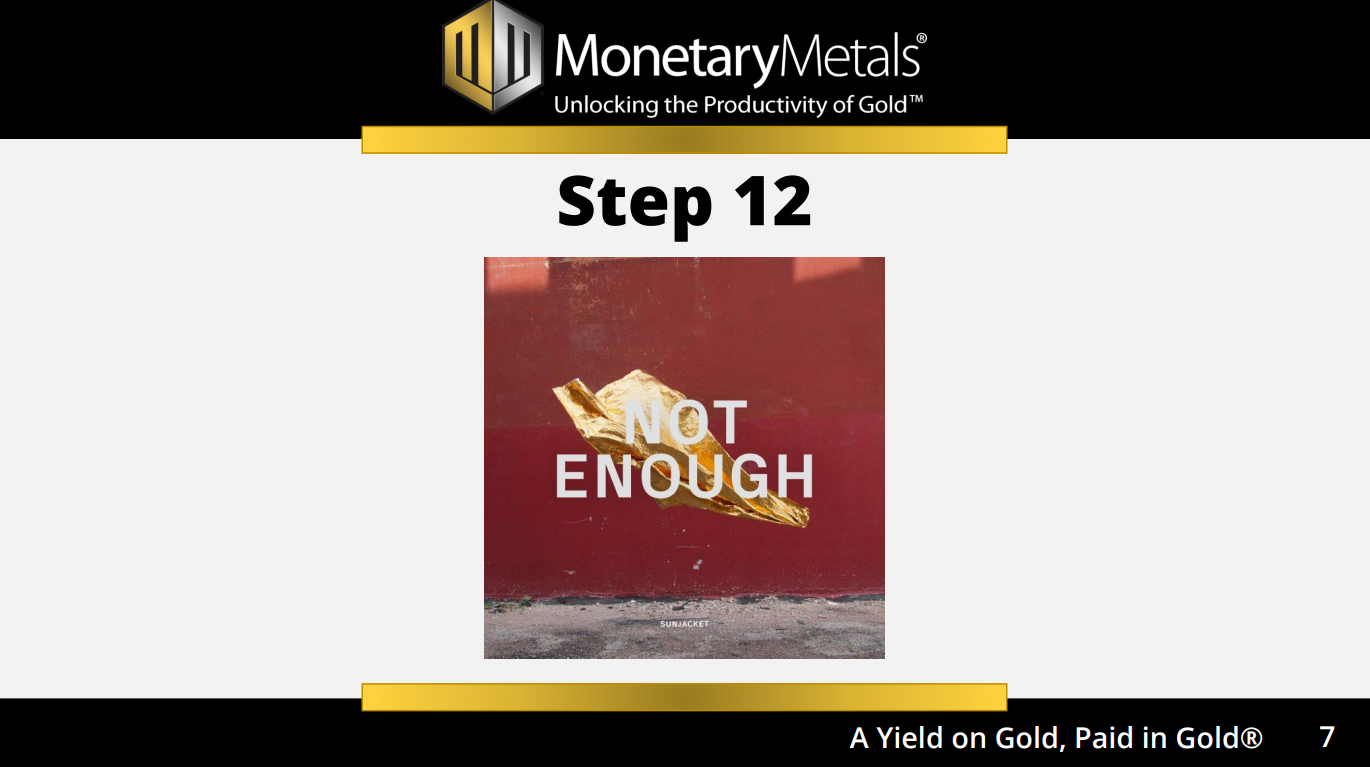 Still not enough? Ooops… central banks do not make being a pension fund easy! 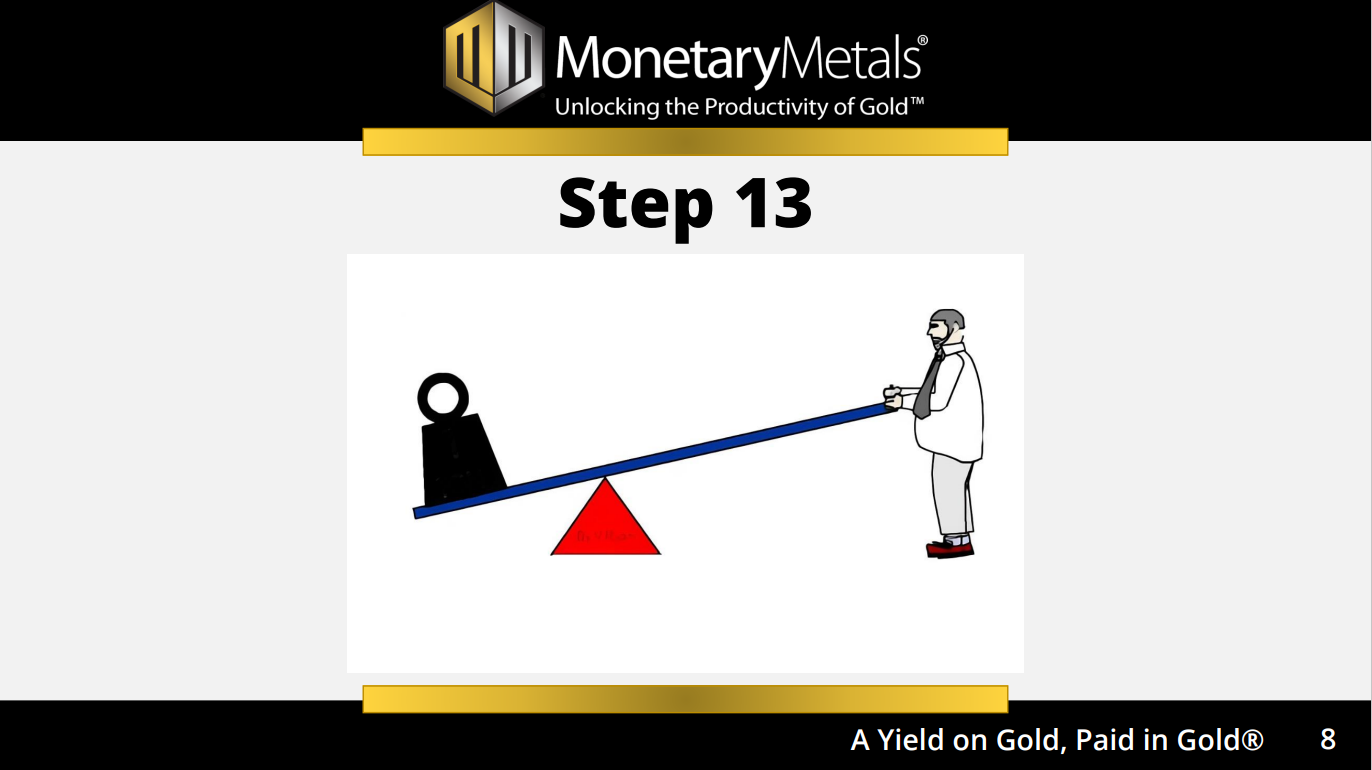 Have no fear, leverage is here! Just borrow to increase the amount of assets you have. This has never gone wrong ever and is usually sound investing advice for pension funds to follow when they’re in a pinch. Archimedes would be proud. 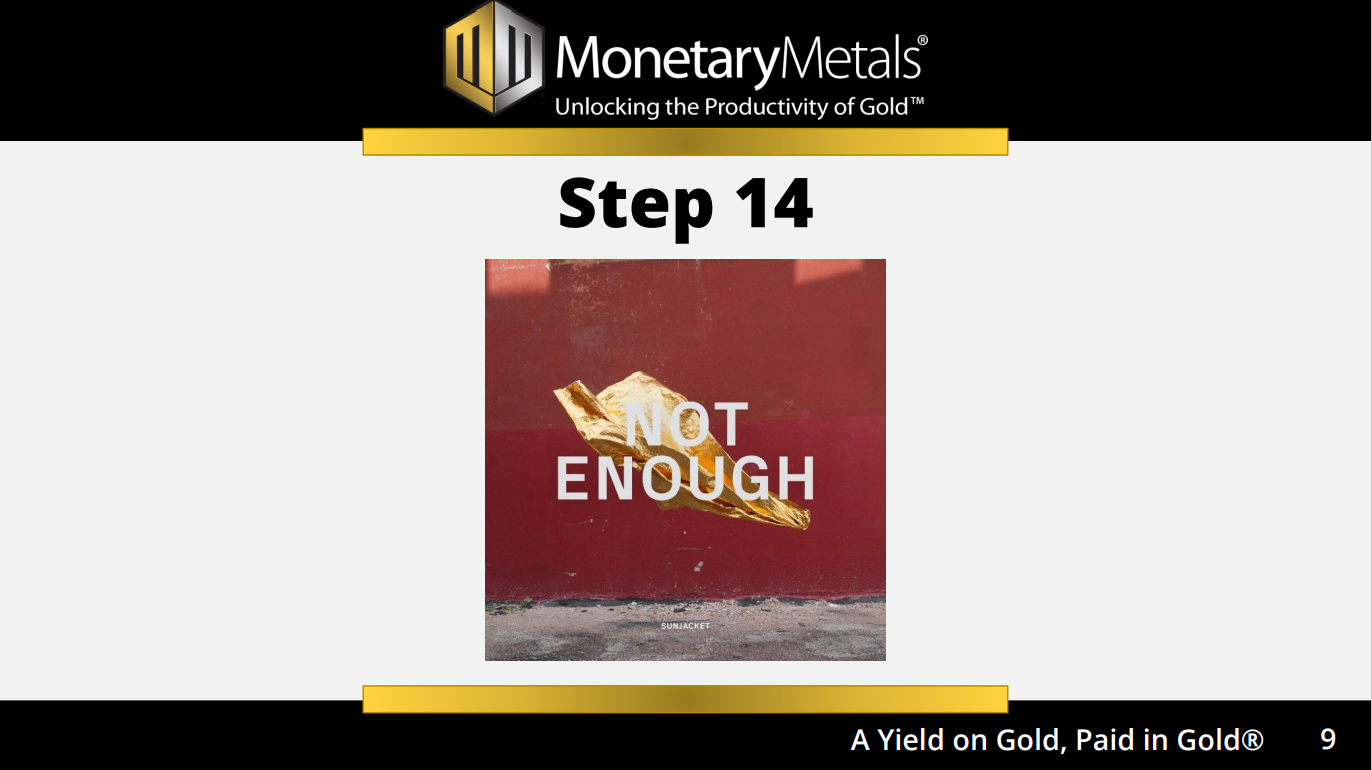 You’ve tried everything. And then you tried things you didn’t even know you could try! Maybe it’s finally time to go for something even more taboo? 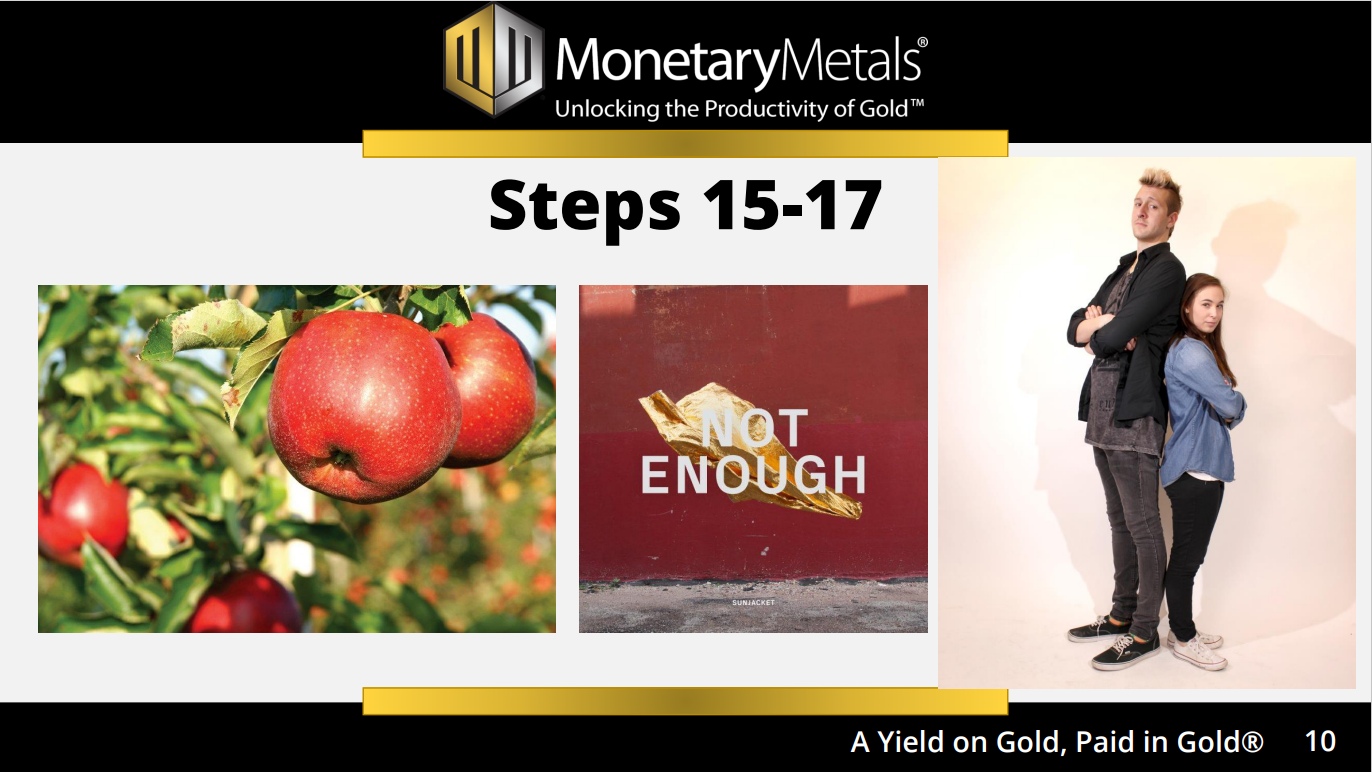 When all else fails, try the forbidden fruit—equities. Your pension fund is a fixed income fund, by definition, and perhaps even by mandate. But why not mix it up a little and buy equities instead? Most people would tell you not to do this, but most people haven’t seen the horrendous shape your portfolio is in.

Well, here’s a little trick from our banking friends, borrow short, and lend long. That’s right, use short term funding, which is typically the cheapest, to buy longer term higher yielding assets. If it seems too good to be true, let’s just say looks can be deceiving and banks have been doing it for decades and they’re still standing, right? 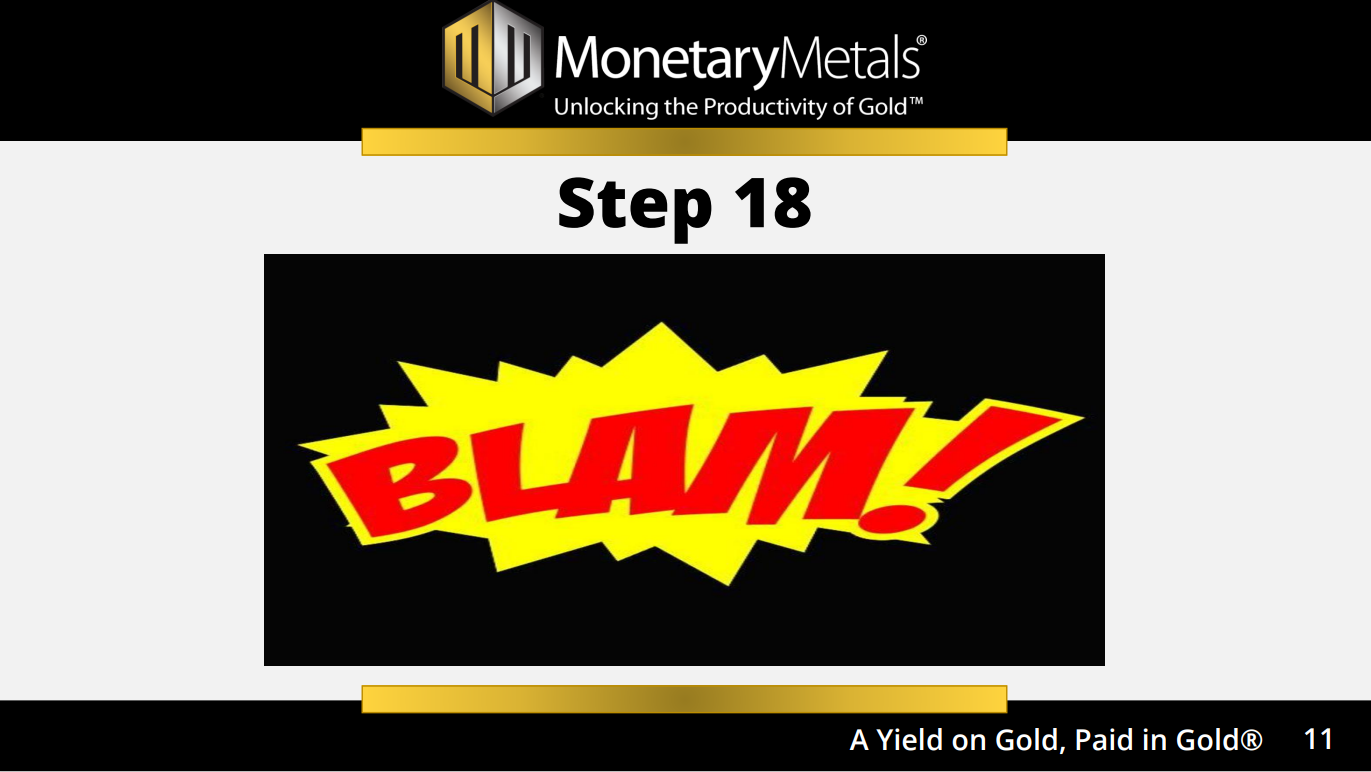 BLAM!!! Kablooey! Splat!!! Ouch, that hurts. This was the state of UK pension funds were in when they had their recent crisis. 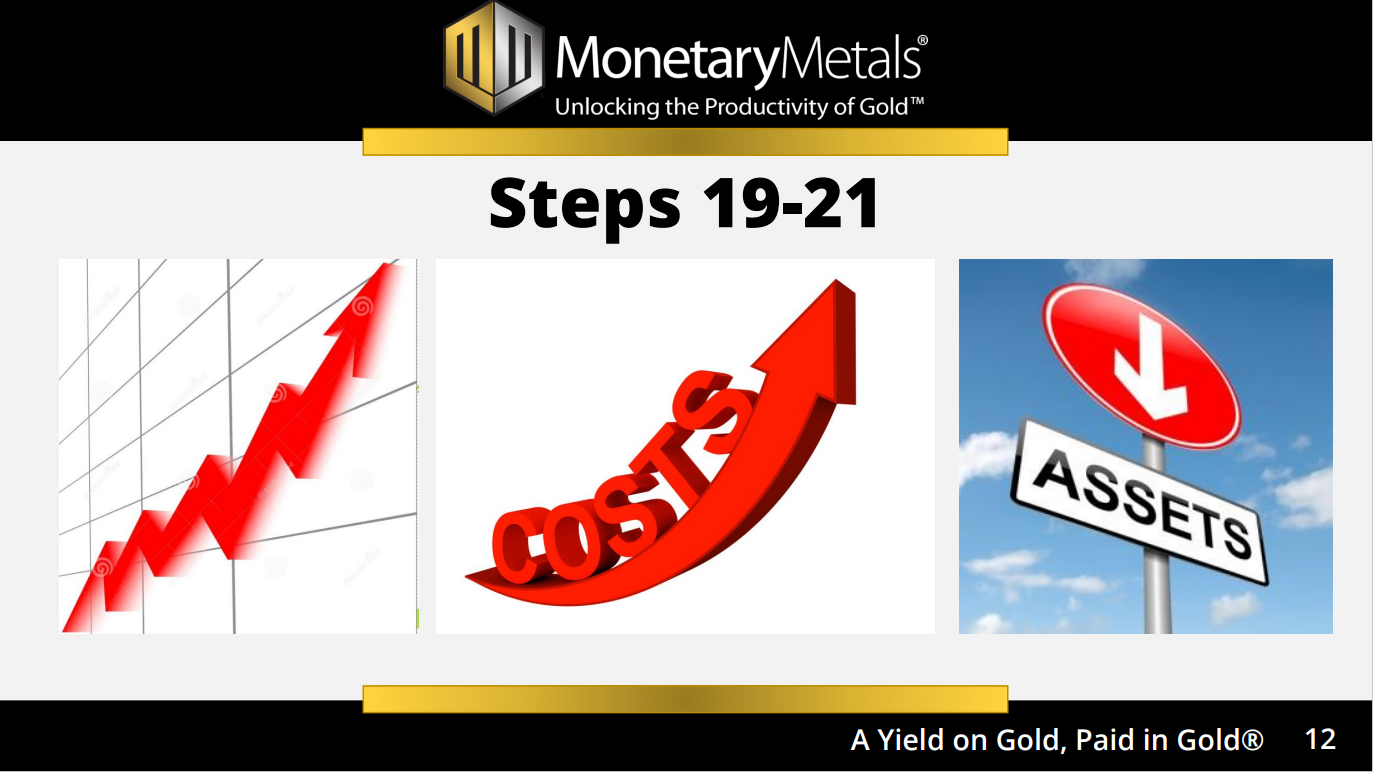 Rising rates? What happened to that falling interest rate environment we’ve been following for the past 40 years? Well, this is one of those unfortunate little hiccups in the upward direction. And since you’re borrowing short to lend long, using leverage, and investing up into the risk/return curve, higher rates mean that….

Your funding costs are going through the roof. That’s right. The cost to fund your…er…fund…is increasing at an exponential rate. This is the last thing you need. You’re already not sleeping at this point. It can’t get any worse, right?

Wrong. As your funding costs are increasing at an exponential rate, the value of your assets is plummeting. Now you must sell those assets to deleverage. Selling assets as prices are falling, to try and survive. This is the definition of a crisis. At this point, there’s only one step left to try... 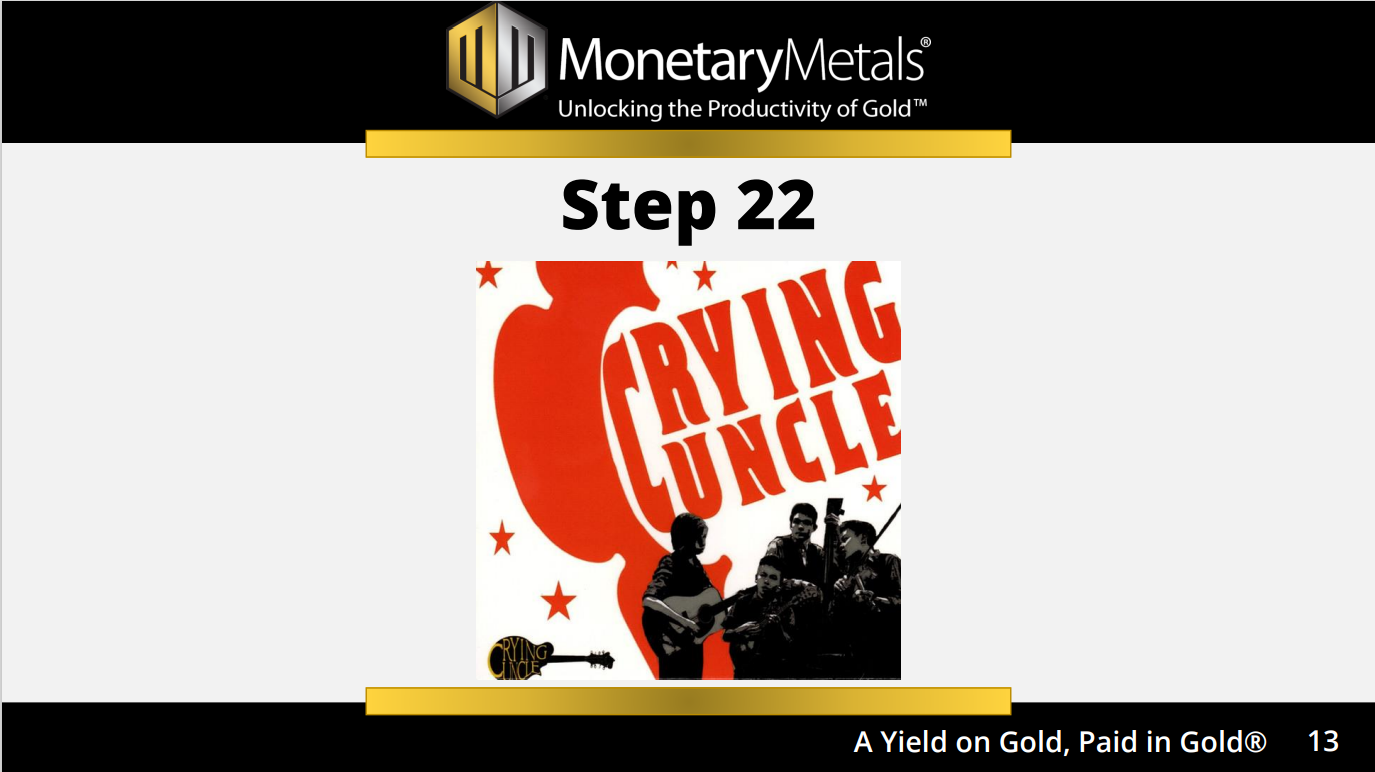 Cry Uncle. Tap out. Throw in the towel. Give up. This whole pension fund business was too much for any sane individual to undertake when you are forced to face the machinations of central banks and their volatile interest rate system. It’s time to ask your local central banker for a bailout. Or QE. Or something. Anything to just stop the pain.

Everyone, not just pension funds, needs a stable rate of interest. But in an irredeemable currency system, run by unaccountable central banks, this is impossible.

But there is one interest rate that is stable...

The interest rate in gold is stable and offers attractive yields to both investors and institutions alike.

A Yield on Gold, Paid in Gold® would have been a much better option for UK pension funds and UK investors looking to make sound investments that would help them plan for their financial future. Monetary Metals is building the alternative system, denominated in gold, and paid in gold. Check us out and let us know what you think.