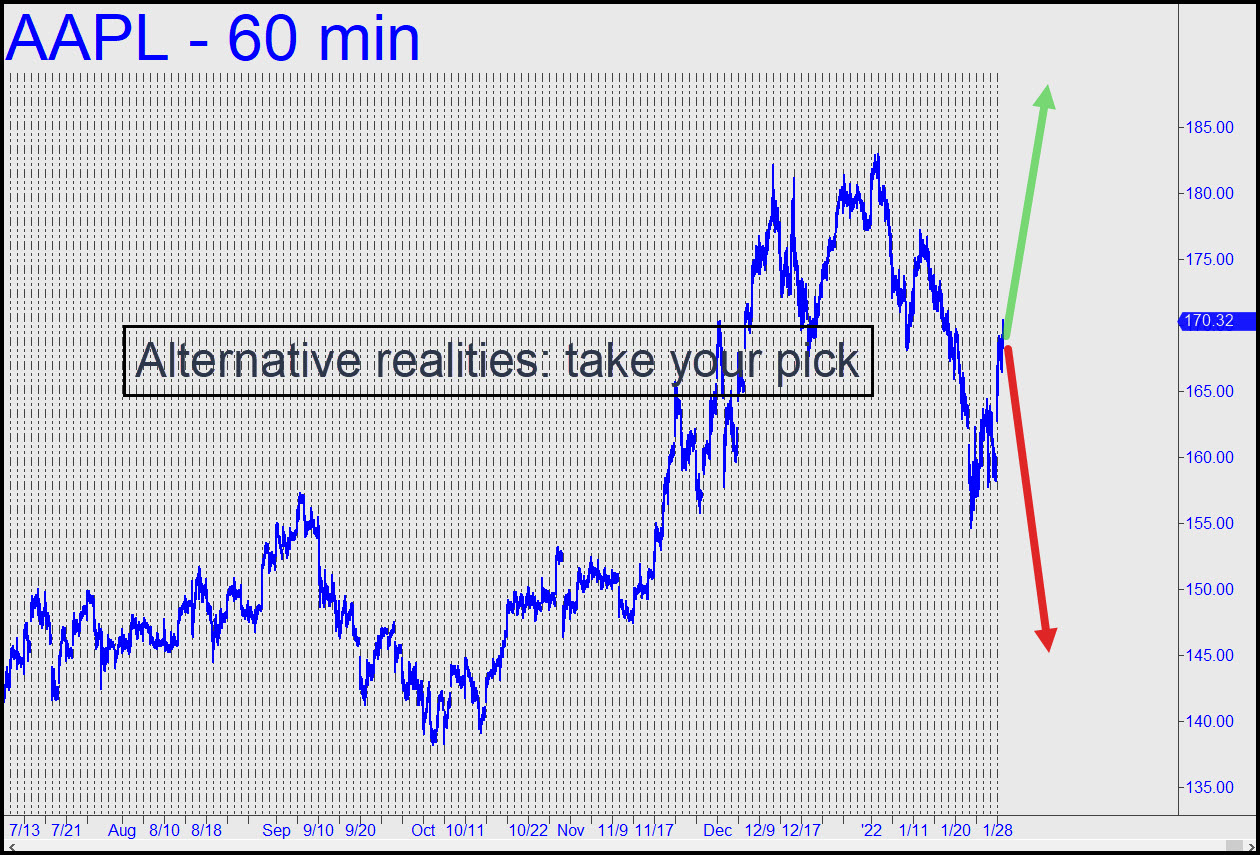 Last week's pointless gyrations did little to dispel the notion that the bull market is over. The vicious short-squeeze in the final minutes of Friday's session only added to the impression that rallies are being stage-managed to suck in rubes. The hallmark of a bear market is un-shortable upthrusts, usually occurring at times of the day or week that make them too menacing to intercept. In this instance, even the most aggressive traders would have moved to the sidelines as index futures turned on the afterburners just ahead of the weekend. Guessing whether the buying will spill over into Sunday evening's opening would seem to be a coin-toss bet, but for the fact that few traders, including experts, can guess correctly even 50% of the time.  We typically ascribe the stock market's diabolical evasions and cunning to a mythical 'They' who are all-seeing, all-knowing and able to cause stocks to move in ways that make it nearly impossible for anyone but themselves to profit effortlessly. In fact, there is no 'They', only a mirror that reflects every oily pore, mole and sweaty follicle of fear and greed that animate the markets.

Apple, a $3 trillion King Kong in a roomful of puny, 800-pound gorillas, was the ostensible cause of Friday's brash juicing of the indexes. The company reported that material shortages were not impacting the bottom line as much as investors evidently had feared. This story stinks to high heaven, but the odor was barely noticeable after the Wall Street Journal certified and ballyhooed the report by leading with it in Friday's editions. It would not be an exaggeration to say that the economic world has grown critically dependent on short-squeeze rallies in a single stock, AAPL, like the one that goosed it on Friday. Let it slip into a tailspin, however, and the jig will be up for everyone:  Jerome Powell and the quacks who run the central bank, every portfolio manager on the planet, the big pension funds and the super-rich who hold billions of shares privately.

From a technical standpoint, AAPL rallied to the neckline of a bearish head-and-shoulders pattern that looks menacing enough to send the stock down into the $130s, a 20% drop from current levels.  From a psychological standpoint, however, and using the eyeballs rather than the brain, you can judge for yourself whether Friday's short-squeeze left AAPL in a position to challenge the record high at $182 recorded three weeks ago. My hunch is that price action in the week ahead will determine this, but less conjectural is the impression that it would take only a $7-or-so upthrust from current levels to turn the old high magnetic. Whatever happens, there is no need to complicate purely technical analysis of The Only Stock That Matters by tying its behavior to reports of events in the physical world. AAPL's rally long ago ceased to be of this world, and it is only desperate collusion and dire necessity that have kept it going.