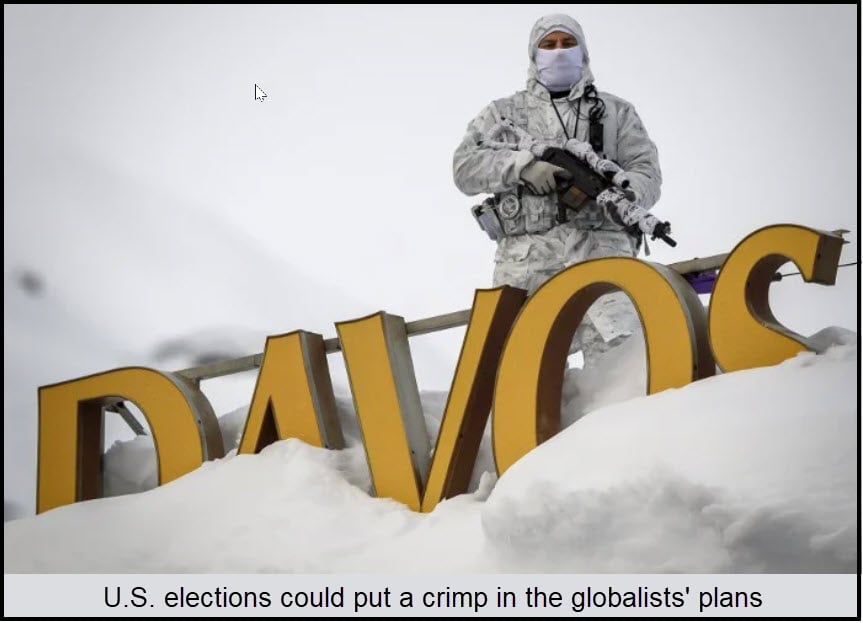 The spread between permabulls and permabears is at an extreme these days, even for October. This is the month when pessimists' hopes are highest that an epic bear market will correct dangerous excesses that have been building up in the financial system for more than 50 years. A presumptive and welcome side effect of such a crash is that it would reset things in accordance not with the designs of nefarious plotters, schemers and conspirators who meet every year in Davos, but in a more natural way that inflicts pain on borrowers and financial evildoers more or less in proportion to their sins.

We permabears should be careful what we wish for, however, since deep hardship affecting the broad middle class, the poor and even the very affluent could persist for a long time -- perhaps a decade or more as occurred after the Crash of 1929. It is particularly troubling to consider that it took a world war in which 50 million people died to end the Great Depression rather than persistent fiscal and monetary meddling by the government. Anyone who thinks the Fed will ultimately lift us from the economic abyss into which we are about to descend should recognize that it is the banksters who will have put us there.

The Death of Wokeness

Meanwhile, it is unsurprising that some top technical forecasters disagree vehemently over what lies just ahead. One who sits in the pantheon of chartists says that, for cyclical reasons, the stock market is about to embark on a major rally. A colleague achieved instant success -- soon to become notoriety? -- with his own cycles-based forecast calling for a crash starting this week and continuing until the November election. Although I fear that a severe crash is coming that will tip the U.S. and global economies into a deflationary depression, I doubt that it will happen on the schedule of some guru whose predictions have been making banner headlines in the blogosphere. Mr. Market typically rebukes such hubris by causing stocks to lapse into tedium until the noise dies down. If he remains true to form, we should expect an eventless October and early November. Anything could happen thereafter, though, so beware of a sneak attack, especially if the election produces an upswing in America's mood. It would be ironic but hardly surprising if stocks start to plummet just as most Americans are celebrating the death of wokeness and relief from the nation's self-destruction under Biden and one-party rule. [Are digital currencies coming?  I doubt it and explain why in this recent interview with Howe Street's Jim Goddard. RA]