Quantitative Easing: A Boon or Curse? 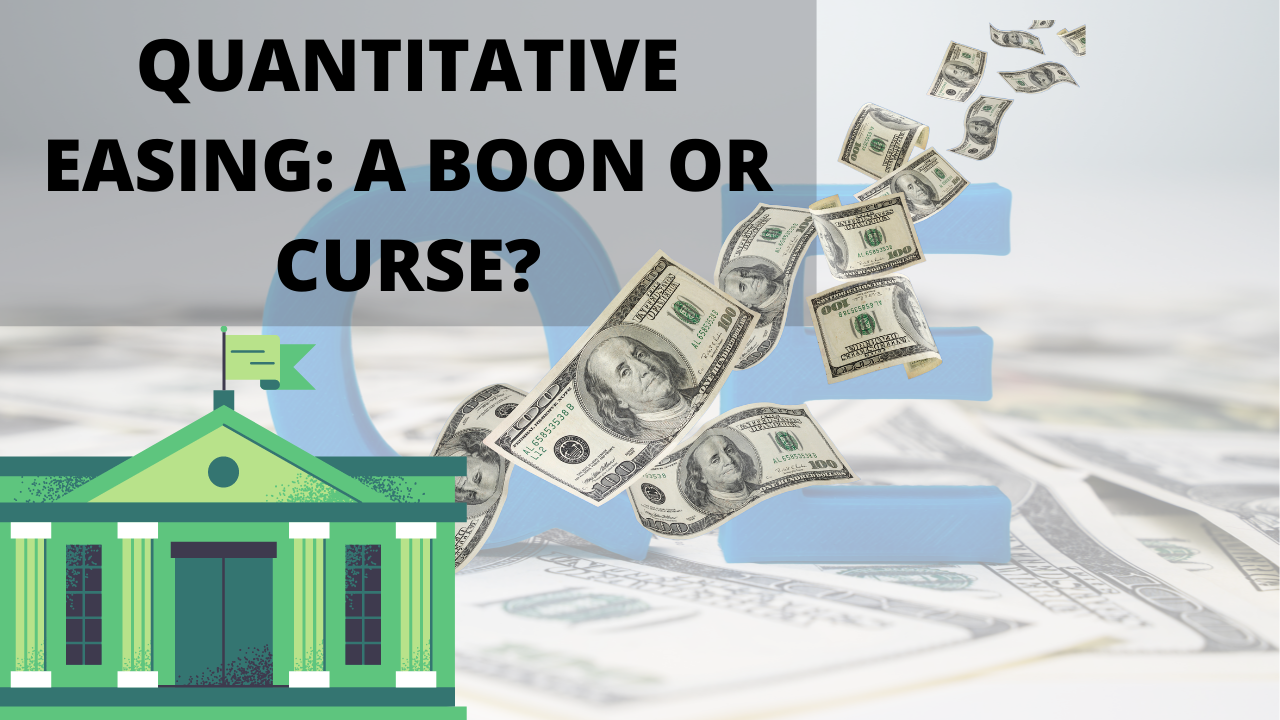 As economies recovered after the Great Financial Crisis many worried that consumer price inflation would rise rapidly due to the extra liquidity in the market. A fear that never materialized as many economies stayed well below central bank inflation targets.

The question being asked now is have these programs led to financial mania?

This is how Peter Fisher, former executive vice president and manager of the System Open Market Account of the New York Federal Reserve, describes the effect of the action of the Fed in the PBS Frontline (U.S. based) program released on July 13.  Mr. Fisher goes on to say that when he

“looks out to see what has happened over the last six months he sees financial mania, he doesn’t know what the right value of some companies is, when they change by 50% in six months, I think we should all recognize that it is hard to recognize the value of that [company] if it is 50% higher than it was six months ago, I guess we were pretty bad at estimating its value six months ago … I feel as anxious today as I’ve ever felt about the financial world, because of my belief that the Fed has been pumping up asset prices in a way that is creating a bit of an illusion”.

The Frontline program does also have interviews with supporters of QE; “we’re lucky that the government was successful, or we could be living through a true depression”, stated Lev Menand, a former economic advisor to the Fed and the Treasury Department.

Is Gold Still in a Bull Market? Watch Gareth Soloway on GoldCore TV

But the overall message of the program is that, “while well-intentioned, the Fed’s experiment has delivered mixed results over the years, some experts say in the documentary, with the biggest benefits going to Wall Street rather than Main Street, wealth inequity widening and the risk of inflation growing — over the past year, in particular. In addition, the Fed has insisted signs of inflation are temporary. However, has signaled it may taper quantitative easing and raise interest rates as early as 2023.”

Moreover, even investors that have greatly benefited from the Fed’s program. Such as Jeremy Grantham, spoke out against the unintended consequences of the massive QE programs;

“[Central banks] have the housing market, the stock market and the bond market all overpriced at the same time. And they will not be able to prevent, sooner or later, the asset prices coming back down … So we are playing with fire, because we have the three great asset classes moving into bubble territory simultaneously.”

Mr. Fisher describes QE as “pretty basic in medicine that our doctor may give us a drug, which, in a small punchy dose, for a brief period of time, might help us recover from whatever ails us … But that the same medicine, the same drug, taken in massive doses over long periods of time, might kill us or make us ill or have perverse side effects.”

…. Or the medicine intended to cure, or lessen the pain, could become an addiction. This is exactly what a report published on July 16th from the House of Lords, Economic Affairs Committee titled: Quantitative Easing: a Dangerous Addiction?

According to a Bloomberg article, penned by Mervyn King, a member of the committee which issued the report, the answer to this pointed question as the title is “Yes”.  Mr. King goes on to say that the report has four important points.

The first point of the report is for central banks to not get locked in the mindset that all the rise in inflation is transitory. Although he agrees that some components will be due to base effects he warns central banks that “the lack of concern that has characterized central-bank statements — at least until the last few days — fuels the perception that policy makers are stuck with their “lower for longer” mindset. This matters, because if policy falls behind the curve, the cost of tackling a rise in inflation will be higher than it would be under a forward-looking, preemptive approach.”

The second point of the report is that: “QE is not a cure-all. QE has become a universal remedy for almost any macroeconomic setback. But only certain shocks merit a monetary-policy response. Moreover, the explanations provided by central banks to justify the scale of QE in 2020 changed over the course of the year. It failed to distinguish between shocks that justified a monetary response and those that didn’t.”

The third point of the report is that: “QE poses risks for central-bank independence. QE has made it easier for governments to finance exceptionally large budget deficits in the extraordinary circumstances of Covid-19. But when the central banks reduce this support, will they come under pressure to help finance ongoing budget deficits or to keep short-term interest rates close to zero? It’s possible they will.”

And the fourth point of the report is that: Central banks need to have an exit plan. QE tends to be deployed in response to bad news, but isn’t reversed when the bad news ends. Mr. King goes on to say that

“When central banks adopted inflation targeting in the 1990s, they saw clarity about their policy reaction functions. How policy would change in response to news — as crucial for their credibility. Today, policy makers are struggling to explain how or even whether QE will be unwound. They’re rightly concerned about triggering a sharp market reaction to signals that asset purchases will be tapered, but the longer confusion persists, the greater the possible damage. The Bank of England appears to have changed its mind on how tighter monetary policy will be sequenced. Apparently, the plan now is to reduce QE before interest rates are raised. Our report urges much greater clarity in devising and explaining future adjustments to QE.”