4 hours 5 minutes ago
The Banks Are Manipulating Silver | Here Is How - Bix Weir
2 days 4 hours ago
Silver Under $20 | Here's What You Need to Know - David Morgan
3 days 17 hours ago
COT Silver Report - July 1, 2022
5 days 4 hours ago
BRICS New Reserve Currency: U.S. Dollar in Danger? - Maneco64
6 days 4 hours ago
All Fiat Currencies Will Go Down to Zero - James Anderson 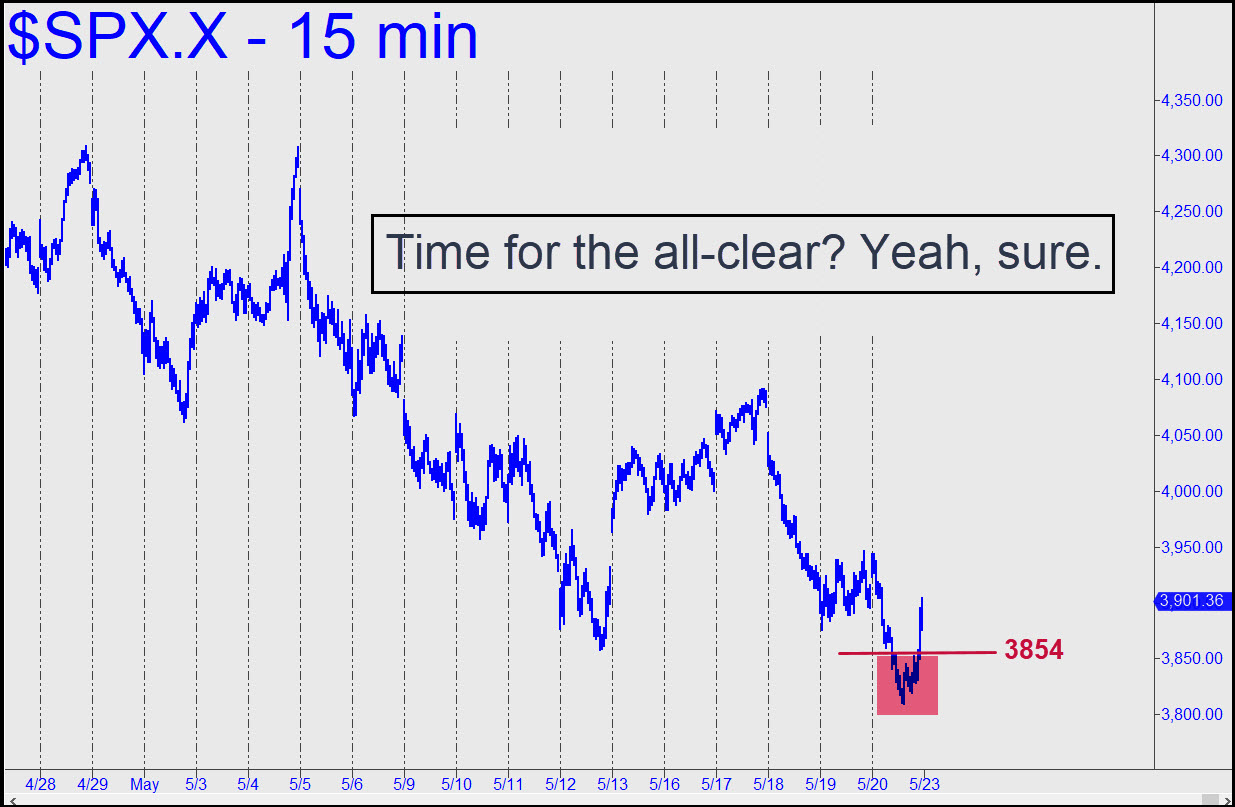 The same geniuses who recently handicapped a recession that likely began several months ago as a 20% possibility are now reassuring us that the bear market has already run its course. If so, it would be the mildest, shortest bear market in history --three hours and 20 minutes, to be exact. The S&Ps entered bear-market territory on Friday when they dipped below 3854 at 12:10 p.m. That represented a 20% drop from the record high 4818 recorded on January 4. Permabears didn't have much time to celebrate, however, because nervous nellies began to cover short positions an hour later. The buying began with the usual trickle, but shortly after 3:00 p.m. the stampede was on. It pushed the S&Ps back above 3854 at 3:30 p.m., and within the hour to a small gain on the day.

Wall Street and its news media toadies will spin Friday's trampoline bounce as bottoming action. However, even these bozos are not so bold as to trumpet the likelihood of new record highs, at least not yet. Their hubris will probably remain subdued until such time as the S&Ps have recouped perhaps half of their losses since January. That would put the index at 4300, a short-squeeze worthy of the name.

My guess is that the rally won't get anywhere near 4300 and that a relapse will begin within the next 4-7 days if not sooner. Bears may be sufficiently spooked to provide buoyancy as the week begins. But they were almost as spooked a week earlier, when a Friday short-squeeze led me to mistakenly expect a follow-through on Sunday/Monday. This time, for bulls and bears alike, the yellow flag is out.