Time to Cultivate Our Gardens? 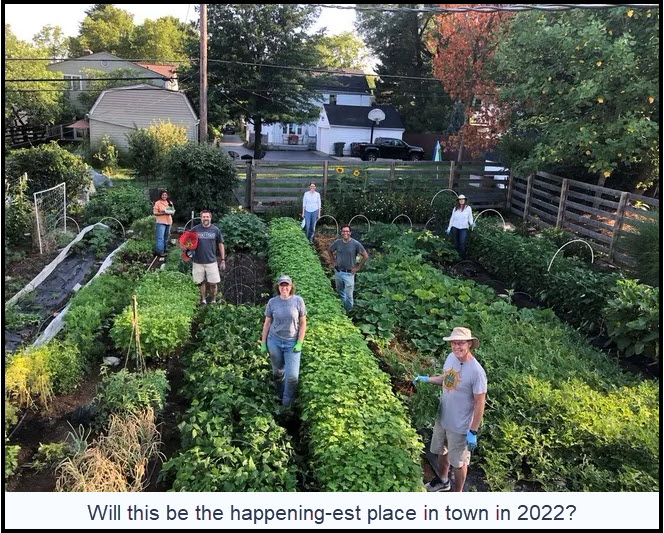 Who could have predicted that a microchip shortage would threaten to seriously impair the global auto industry? And yet, here we are: assembly plants are unable to ship enough cars to dealers to meet demand, and buyers are facing six-month delays and steeply rising prices. This has pushed used-car prices beyond the reach of those who can't afford showroom models. We sense that the problem could be worse than the industry is letting on because "experts" are saying bottlenecks could persist until the end of 2023. Whom do they think they are kidding? The global economy is so screwed up right now that even a team of MIT eggheads using a supercomputer and petabytes of economic data couldn't predict where interest rates will be in 30 days, let alone two years out. To say the chip shortage might drag on for another two years to all but concede that it's likely persist indefinitely (sort of like the Fed telling us they might consider tightening "next year").

The shortages that have cropped up so far have taught us that predicting what will next be in short supply takes imagination. Bicycles, surfboards, certain prescription drugs, ships and shipping containers, workers in many sectors, including construction, trucking, retail, restaurant, hotel and manufacturing -- all are in critically short supply at the moment. They are also economically tied in some way, meaning that a shortage of pasta will eventually affect the supply and demand for accordions, Chianti and Rosary Beads . It also has put consumers on high alert, ready to hoard household items a nanosecond after the mere rumor of a shortage hits the blogosphere.  It is predictable that there will be food scares this winter and that they will get the kind attention that will make us nostalgic for surfboard shortages. A Berkeley friend with an extensive vegetable garden behind his home thinks my fears are overblown. I hope so, because if a food scare turns into an outright panic, his yard is destined to become all too popular with hungry marauders from the East Bay.