The Wall of Worry 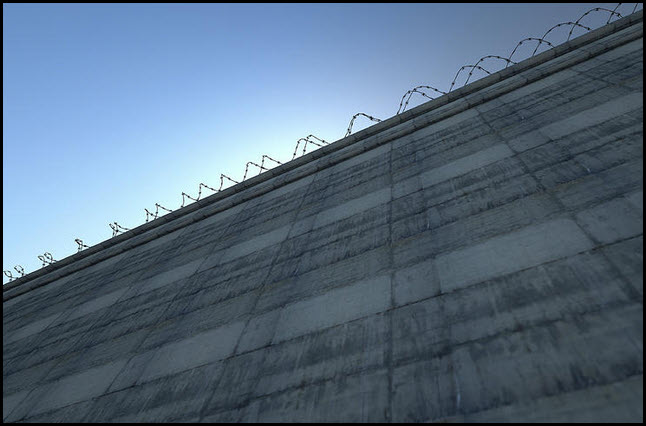 All bull markets supposedly climb a wall of worry, moving higher and higher regardless of how bad the news and how grave the economic and political uncertainties. Supposedly, the worry warts are sitting on the sidelines waiting to deploy surplus cash as soon as the picture brightens. However, you'd have to be a crazy optimist to think that's going to happen any time soon.

What an awful mess this country is in! Our president often seems to be functioning mentally at the level of a sardine, leaving everyone guessing about who is running America, and how. Kamala Harris, the hands-down most disliked vice-president ever, is arguably even less competent than Biden on his 'good' days. She remains a heartbeat from the presidency nonetheless, there being no politically acceptable way to dislodge her. The U.S. economy, plagued by material and labor shortages, most critically computer chips and car parts, could seize fatally at any time.

Our enemies sense this weakness and are active wherever they think they can do the most harm. Ironically, Ukraine and Taiwan may be safe from invasion for now because Putin and Xi Jinping sense they'll eventually get everything they want and more without having to fight the U.S. for it. And there's the latest Covid scare, an outbreak of variant hysteria that is being stage-managed by the usual liars, megalomaniacs and fascist wannabes so that they can wield even more power over our lives. The red/blue color war shows no sign of abating and is growing more intense as race-baiters swarm the battlefield.

Has America ever been more screwed up? And yet, the stock market is frolicking blithely near record highs, a fantastic illusion created by the ascent of a handful of mega-stocks heavily owned by institutional buyers. It is taking increasing sums to hold these multi-trillion dollar stocks aloft. And chicanery: Most big rallies have been occurring before dawn, when the Masters of the Universe are best able to exploit illiquidity by triggering off irresistible short-squeeze rallies. Their most overworked trick entails pulling their bids and letting sellers exhaust themselves ahead of the opening bell. When this clever carny game ceases to work because everyone expects it, look out below!

But notice this: Seldom if ever do we hear the phrase 'wall of worry' any more. There are a couple of reasons for this. For one, the phrase implicitly chides skeptics and the timid -- the poor dolts! -- for remaining on the sidelines. Nowadays, who could blame them? And for two, the shamelessly bullish shills, eggheads and promoters who regularly appear on Bloomberg and CNBC are beginning to sense that the stock market is so bat-shit crazy and undeserving of such lofty valuations that, for once, the wall of worry seems justified and insurmountable. This is where we are now, and it doesn't take a genius to see that the bull market is in its terminal phase.