When Ignorance Is a Central Banker’s Only Defence 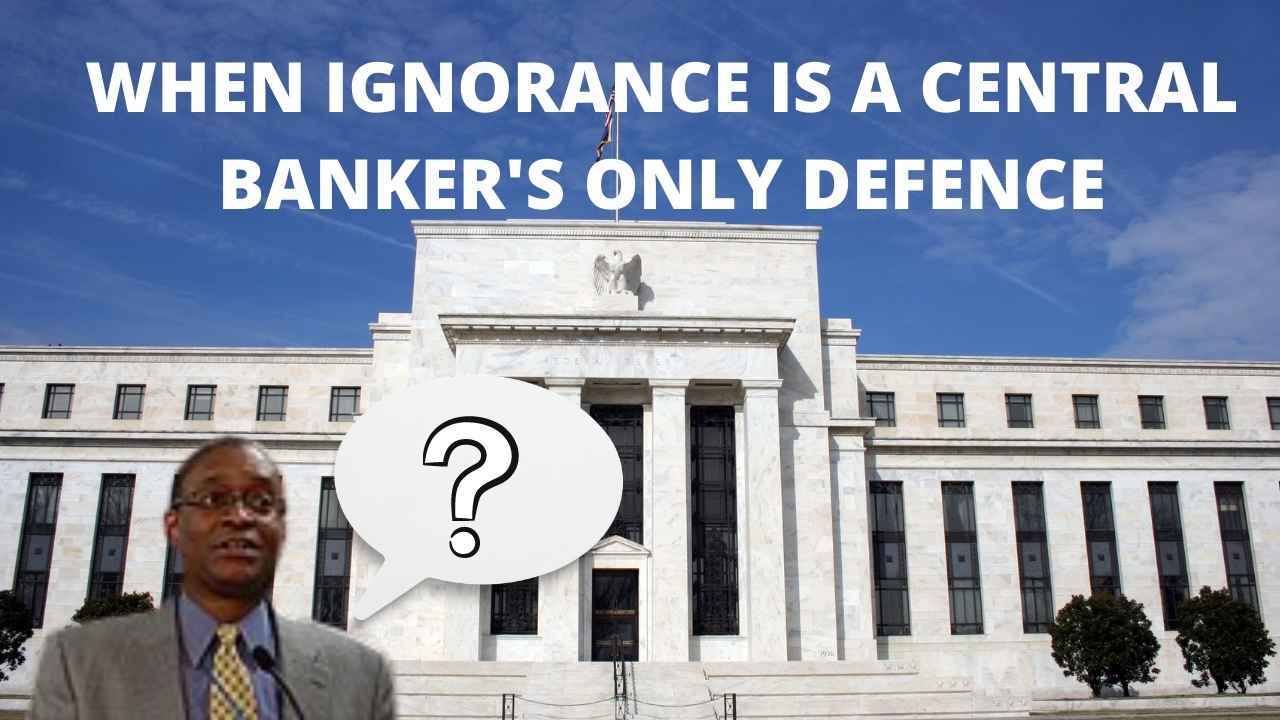 To invest in gold and silver is to invest outside of the system. When you buy gold bars or silver coins you are choosing to hold assets that can protect other assets in your portfolio from the poor actions taken by counterparties. For example: money printing by central banks, inflationary government policies, mismanagement of a company, even strikes from workers.

We would argue that the need to invest in gold bars or to store silver coins has become even greater in recent years as those who are responsible for areas like monetary policy, security or taxes are no longer incentivised to just act for the greater good. Rather, there appears to be an increasing number of policy makers who are also incentivised to personally benefit from their decisions, the same decisions that elsewhere are wreaking havoc for many others. With such behaviour the need to hold the safe havens that are gold and silver is even more crucial.

The 19th century British politician Lord Acton coined the phrase, but the idea was not new to him. The idea was aimed at monarchies that all power is given to, or as was generally the case, power taken by monarchies.

In today’s advanced economies this phrase could now apply to central bankers. U.S. Federal Reserve Atlanta President Raphael Bostic is the latest of high-ranking Fed officials to say that his personal investing activities broke ethics rules. Let’s not forget that those rules exist to prevent the kings of central banking from unfairly serving themselves ahead of their duty to us.

“Atlanta Federal Reserve President Raphael Bostic said that over the last few years some of his personal investing activity inadvertently happened in periods where it was forbidden by U.S. central bank ethics rules at the time.

Bostic explained in a note that accompanied revised financial disclosure forms going back to the start of his tenure as Atlanta Fed president in 2017 that trades violating the ethics code were made by financial advisors and were not done under his direction.”

Bostic plays ignorance – his excuse for the violations

“Due to my reliance on a third-party manager, I was unaware of any specific trades or their timing, including a limited number that took place during Federal Open market Committee blackout periods or financial stress periods. Similarly, I was unaware of when my holdings of U.S. Treasury funds in 2021 exceeded the limits set forth by the FOMC’s trading and investing rules”

Of course, as the lip service to the public goes, The Fed spokesman has released a statement that Fed Chair Powell

“has asked the Office of Inspector General for the Federal Reserve Board (of Governors) to initiate an independent review of President Bostic’s financial disclosures.”

And of course, this is the same Office of Inspector General that after an “independent” review cleared both Chair Powell and Vice Chair Richard Clarida of any violations; even though in February 2020 …

“he traded between $1 million and $5 million out of a bond fund into stock funds one day before Chair Powell issued a statement indicating potential policy action due to the worsening of the Covid-19 pandemic.“

Don’t forget that his whole scandal broke in September 2021 – right as the Fed was announcing its plans to start tapering assets. See our post from September 23, 2021 Central Banking Is A Joke, And You Are The Punchline.

Has the “independence” of central bankers imbued them with too much power? They are not elected officials – but appointed by politicians that, arguably, have many ethical and conflicts of interest of their own. Central banks now choose which corporations, banks, municipalities, and even what governments to save during a monetary crisis. These bankers are people who create a wide number of ‘special purpose vehicles’ and dole out funds to only those banks, corporations, municipalities, and governments they see fit to save. While other entities that don’t become deemed worthy for saving directly are forced to be swallowed up in liquidation deals brokered by none other than the central bank itself.

The Fed, being the central banker to central bankers, seems to have let the power it has been afforded by the American congress corrupt many of its top officials. And since the investigation into these allegations is internal – so the consequences of unethical, if not illegal, behavior, has not appeared as of yet; maybe it never will.

Yes, Richard Clarida resigned as Vice Chair of the Fed in January 2022, roughly two weeks before his term was up. But no fines were paid, no criminal charges laid, not even a proverbial mild reprimand was given. He simply resigned with return to abundant speaking fees and a tenured position at Columbia University.

The power of the central bank has gone far beyond its intended reach. Today would be a great moment to remind readers that any single physical gold bar cannot front run the investment decisions of another gold bar. Physical metal investors understand that we are all equal, which is the best way to be fair. As always the central bankers reminded us this week that they often need to be ‘more’ equal than others.

If you really enjoyed this blog then take a moment to head to GoldCoreTV, our YouTube channel. We have a wealth of brilliant guests and commentary from the GoldCore team, all there to keep you up-to-date and in the know about what’s really going on in the economy and financial markets.

If you want to hear more from Gregory then see the link below. And whilst you’re there let us know what you thought about the topics Dave and Gregory discussed. What do you think of the current narrative we hear from policy makers and central banks? Do you think the Fed will continue to hike rates? And what about gold and silver, where do you expect to see prices go from here?