4 hours ago
A Chinese Spark for 2023
1 day 3 hours ago
Silver Investors Have Money To Burn
1 day 7 hours ago
Silver and Gold Stocks Approach Resistance
1 day 17 hours ago
COT Silver Report - November 28, 2022
2 days 4 hours ago
Technical Scoop: Silver Update -- still down 8.2% on the year 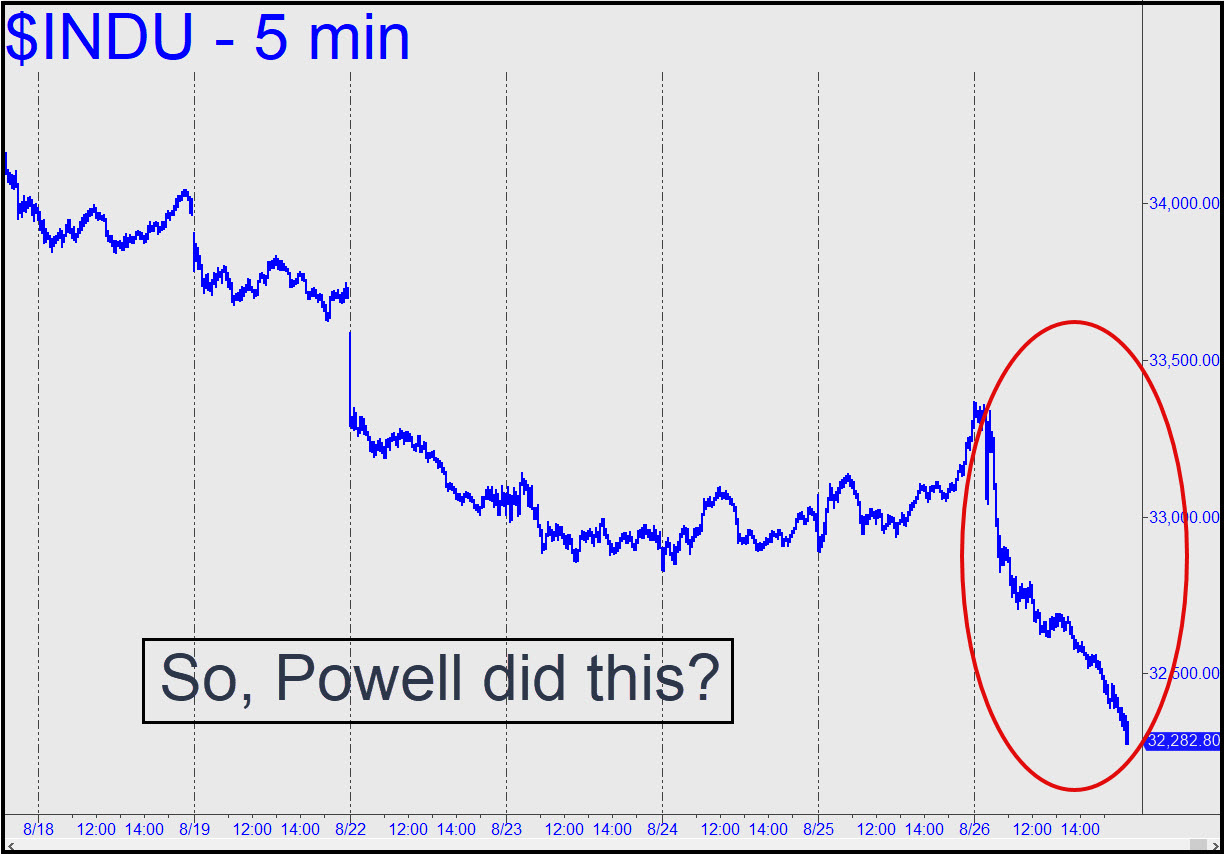 The way stocks plummeted on Friday, one could almost believe that Fed blatherer-in-chief Jerome Powell made it happen.  We know better; for in fact, the selloff was caused by mysterious cyclical forces that were set in motion billions of years before Powell was born. Go ahead and try to prove the negative if you want to try, but that's how it works. Markets create the news, not the other way around.  Count on Rick's Picks to ignore the headlines and tell it like it is, always disrespecting Fed quackery.  The only thing thecharlatans who run the cental bank have caused to happen since they willed themsleves into existence nearly 110 years ago is the destruction of the dollar.

Whatever you think about the Fed, a far more important concern is whether Friday's thousand-point avalanche in the Dow ended what has so far been a tedious, garden-variety bear-market rally. Athough it would seem so, the correct answer is no, it didn't.  How do we know this?  For starters, Jim Cramer supposedly said so on his show -- said, that is, that the June low will stand, presumably till the end of time. He is certain to be wrong about this eventually, but in the meantime, technical signs say higher prices are indeed coming. The bear rally technically has further to go because Friday's plunge followed on the heels of a 15% rally that had exceeded several important peaks on the daily chart. The implication is  that the curent selloff is merely corrective in the context of a bigger bear rally yet to unfold.


We Can't Be Sure

It must also be conceded that we cannot be absolutely certain the broad averages are not on their way to new record highs. There would be no good reason for this, but it would not be the first time that a series of stage-managed, 'fake' rallies reached a level where there were enough sort-of believers to power a real rally.  We can't be sure at this point, but it just doesn't feel like the chimps who make their living throwing your hard-earned money at stocks have reached a point of resignation, never mind despair.

There will be plenty of trading opportunities in any case, and it has never been our style to suggest that they should come from guesssing when and at what price the Mother of All Tops is likely to occur. Even with the seasonally intimidatring approach of October, predictions that 'something big' is about to happen are far less likely to be right than a forecast of mind-numbing tedium. Markets do little or nothing moost of the time, and no amount of obsesssing over what the clowns at the central bank will say next is going to change that. If it's any reassurance, though, interest rates are already high enough to throw the world into a depression. Under the circumstances, Powell's hawkish kabuki should be enjoyed for its fright-mask stupidity and the reactions it produces in the realm of bozo-dom.