Musk Should Conserve His Ammo 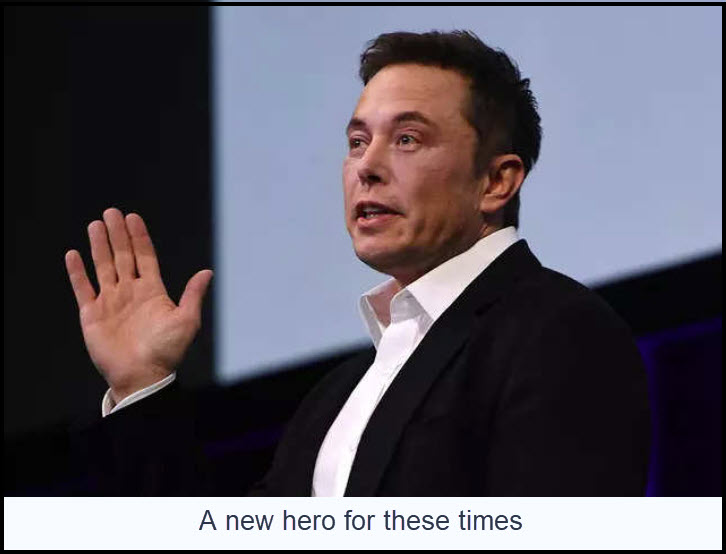 For many of us, as pleasurable as it might be to picture Twitter in the hands of Elon Musk, and to imagine a despairing Jack Dorsey committing seppuku, Musk should save his billions for more useful purposes. He could start by building a competitive platform for a hundredth of what he's offered to pay for Twitter. He could also buy an existing platform such as the up-and-coming TruthSocial for a relative pittance. What is Twitter's value, after all? The company has been losing steady money offering a place for 'progressive' extremists to set up sniper positions online. But would allowing the rest of us to post there improve the bottom line? There are reason to doubt this, for in fact the resulting free-for-all could wind up driving subscribers and advertisers away.

Musk says he simply wants to promote free speech. While it is true that nearly any conceivable change in Twitter's content would bring improvement, one suspects that his main goal is to punish the platform's narrow-minded managers for being the crypto-Stalinist apparatchiks they are. That being the case, and assuming Musk's offer is successful, we should look for him to relocate Twitter from San Francisco to a red-state stronghold. Enid in Oklahoma comes to mind. Or perhaps Bristol, Tennessee. Or Bullhead City, Arizona.

Regardless of whether the deal flies, and there are good reasons to doubt that it will, Musk has provoked a healthy discussion of the impact on America of Twitter's heavy-handed censorship. Woke-ism is on the run, under attack lately not just from political conservatives, but from centrists and others who have tired of living under wacky rules designed to benefit the few at the expense of the many. Most of us would be content to live and let live. November's mid-term election promises to strengthen and accelerate beneficial changes in this direction and to restore common sense to political discourse.