August 16, 2022 Why Gold is a Central Issue in the Proxy NATO Russia War Being Fought in Ukraine
April 08, 2022 Will Russia's Decision to Peg the Ruble to Gold Create a "Russian Gold Put"?
March 15, 2022 Will Russian Gold Sanctions Finally Reveal that The Emperor Has No Clothes?
February 25, 2022 Will the Russia Ukraine Conflict Continue to Send Gold and Silver Prices Soaring?
February 04, 2022 Despite Being Heavily Out of Favor with Fund Managers, India and China Are Quietly Buying Lots of Gold

During Monetary Crises, Gold or BTC? 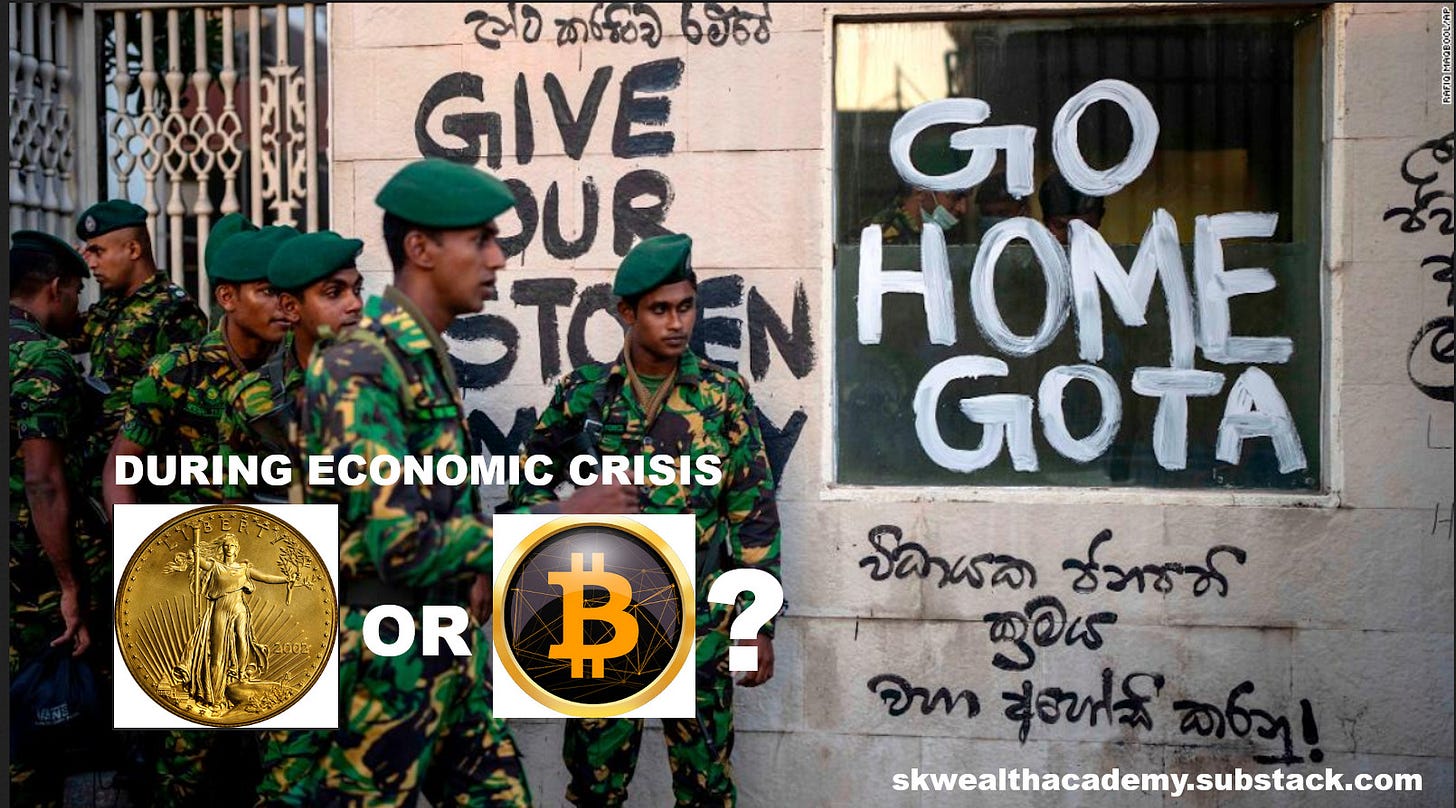 During real monetary crises, do you think citizens should want gold or bitcoin? Of course, bitcoin advocates are always preaching how BTC is the money of freedom that serves citizens best during crises and that physical gold is fool’s gold when compared to bitcoin. For example, Mark Cuban, among others, is among the community of crypto HODLers that sincerely believe that ownership of BTC will serve citizens better than gold during real economic and monetary crises. Cuban has flat out stated multiple times that “bitcoin is better than gold”. On the other hand, the majority of members of the “only gold is sound money” community has always stated that gold performs best during true economic and monetary crisis.

When the Venezuelan Bolivar (VEB) hyperinflated into nothingness and the Venezuelan Bolivar Fuerte (VEF) replaced it at a rate of 1VEF to 1000 VEB, a client of mine informed me that my guidance to change all VEB into gold before this massive devaluation literally saved his financial life and all of his savings from imploding into nothingness. When crises manifest, this is when owning gold is a non-negotiable. But of course one must have the foresight to own gold before the crisis manifests. And back then, one could not have argued that BTC still would have been the better investment because the first BTC had not yet been minted so there was no opportunity for BTC to save any Venezuelans from having their savings ground into dust.

With that said, let’s fast forward to today and investigate how gold has functioned under another economic crisis, the Sri Lankan crisis. Has gold helped Sri Lankan citizens hedge against a collapsing LKR (Sri Lanka rupee) or would HODLing bitcoin have served them better, as we have heard argued so often by the bitcoin community? Sri Lanka’s collapsing economy, in which staples which we take for granted, like food and electricity, have become scarce resources, has led to the IMF to swoop in like vultures and offer $600M in loans to “save” Sri Lanka. Of course, anyone that understands the IMF modus operandus  understands that such loans are always structured exploitatively to guarantee default of interest rate payments that trigger punitive clauses that will subjugate Sri Lankan citizens under the thumb of global banker control for decades.

Thus, Sri Lanka presents the perfect case study of economic catastrophe that all Bitcoin advocates claim are the conditions under which Bitcoin will thrive to save all citizens and ensure their economic freedom. So, let’s take a closer look at the “Bitcoin is the money of freedom” narrative to see how well it functioned in ensuring the freedom of food deprived, utility starved Sri Lankan citizens this year. By the way, to understand how resources we take for granted, like running electricity at all times, may be taken away from citizens of even first world, industrialized nations, make sure you read this article if you have not already done so, for it may just save you from misery in the next few years.