The Ecstasy and The Agony of Market Bubbles

Before we discuss current bubbles, look at historical examples. 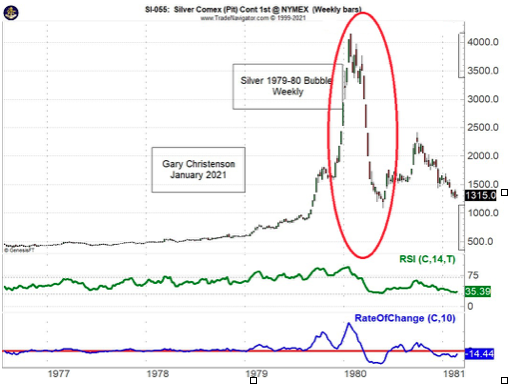 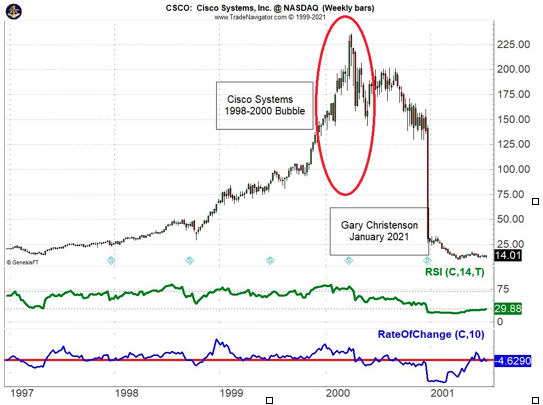 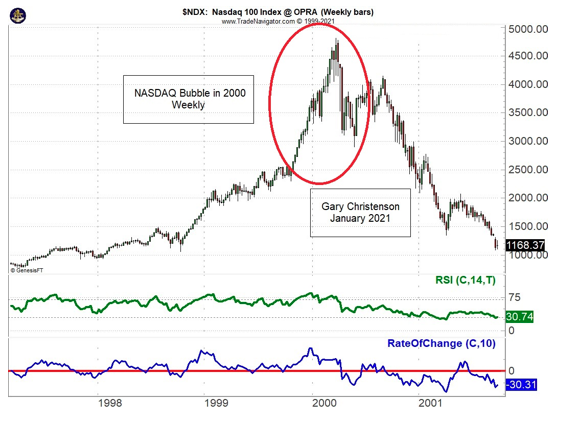 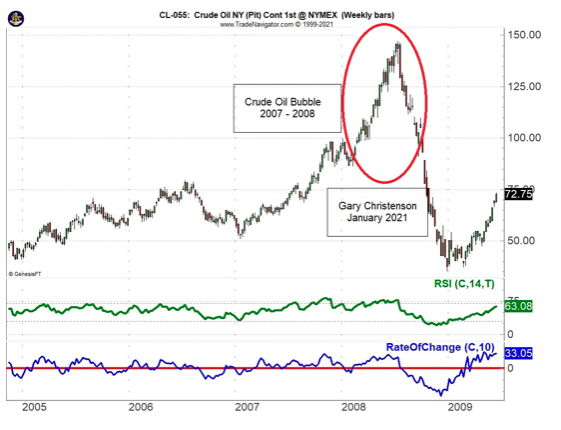 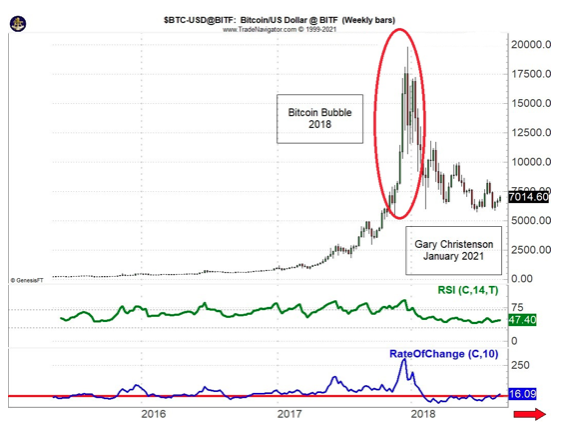 a) What is the intrinsic value of a Bitcoin? 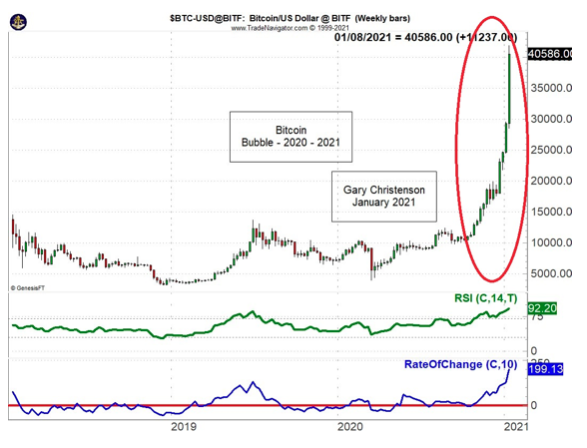 If Bitcoin peaks at (say) $50,000 before it implodes, and then falls 83% as it did after the 2017 peak, it might trade again under $10,000. However, with fake money, central bank QE, bubbles everywhere, and an excess of political and economic craziness in the wind, it is difficult to predict highs or lows.

Will Tesla reach $1,000? What about $2,000? It looked too high at $500. Such is the nature of bubbles… they can expand higher than anyone dreams and turn quickly into nightmares. 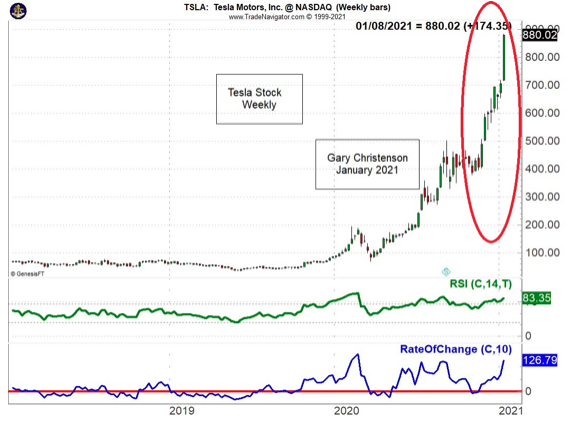 The silver bubble of 1979—1980 was an enormous bubble that expanded rapidly in its final year. Compare it to the Bitcoin bubble during 2020—2021. 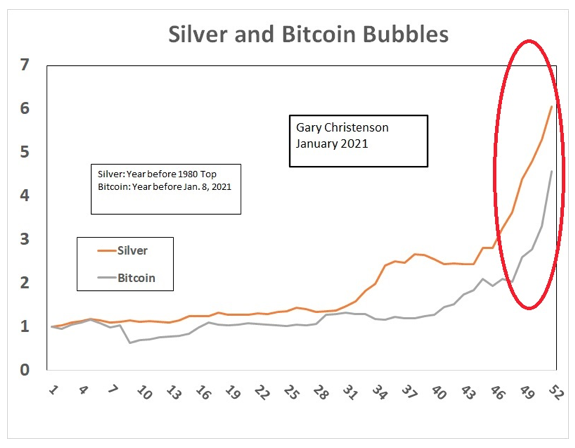 The 1999—2000 tech stock bubble, shown by the NASDAQ 100 Index, devastated retirement and brokerage accounts. Compare the NASDAQ 100 bubble to the current Tesla bubble. 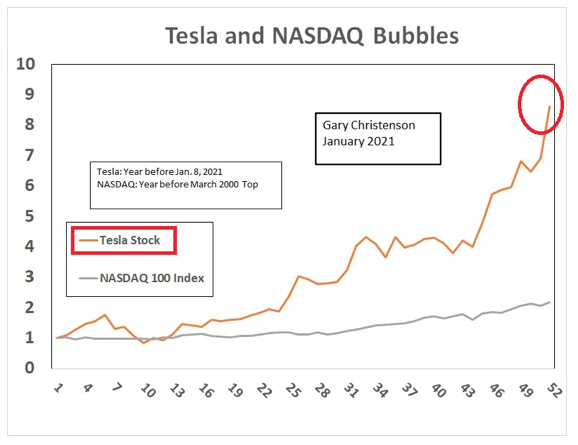 THE SHOCKING FACTS ARE: 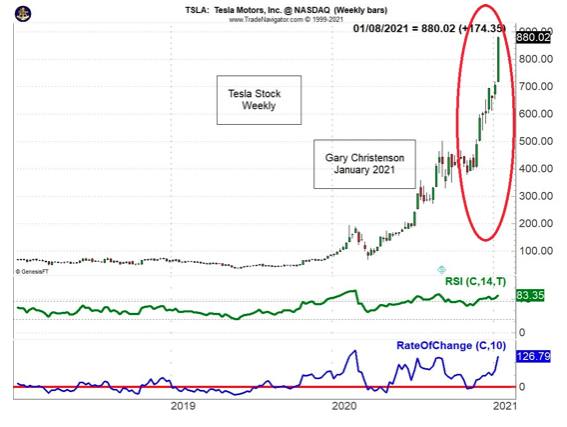 The stock market is overvalued. “Printing” dollars by the trillions levitated the market, but that rise is “living on borrowed time.” 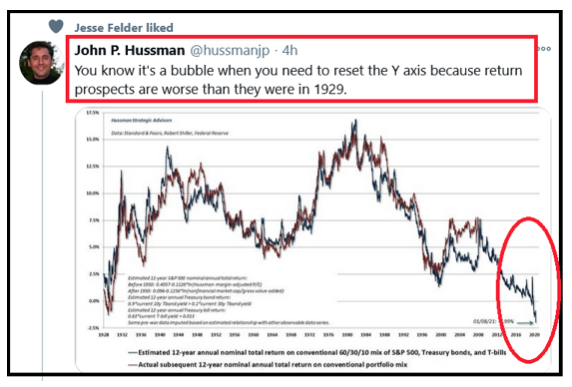 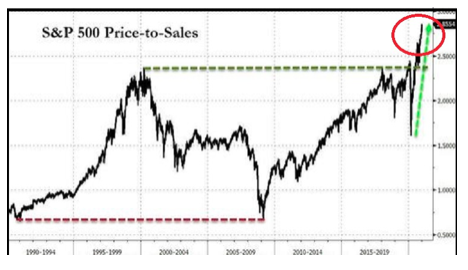 “Even without an overt banking crisis, the Fed and the US Treasury will have to work together in their attempts to rescue the US economy from an inevitable slump. They cannot succeed, but they must try, sacrificing the dollar as a deliberate act of economic policy.”

2) Congress and the new administration will spend trillions in payoffs to cronies, bailouts to cities and states, support for Big Pharma and the war machine, and they will distribute a few bucks to citizens. All those trillions will be newly created debt.

3) Debt will rise. Make that debt will BLAST MUCH HIGHER!

6) If tens of $trillions in stock market paper wealth evaporate, people will be scared and angry. They will seek something real that preserves value—like gold and silver. 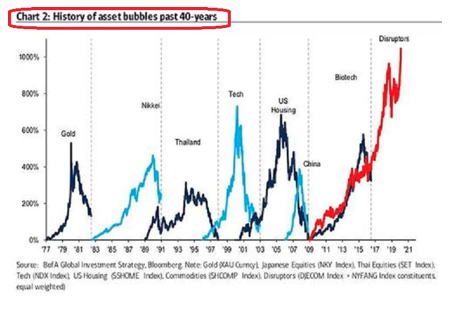 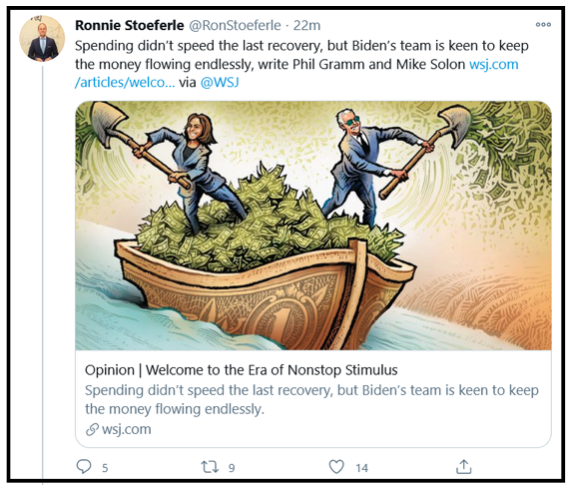 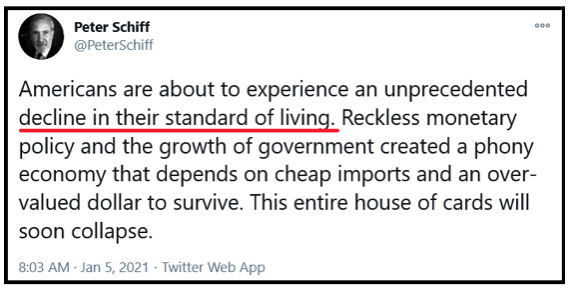 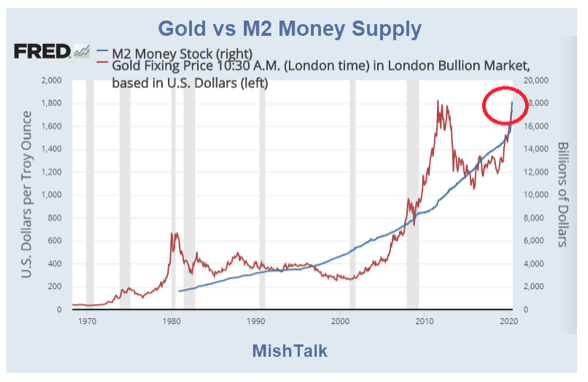